With a little help from my friends

Many of my friends must have felt a little irritated when I sent around a series of requests for donations some weeks earlier. It was my effort at crowd funding from my friends for a social project supporting elderly women and adolescent girls in a few ‘slums’ in Kolkata. The fund raising was somewhat successful, and we have been able to raise funds for take-home rations for about 200 older women for a few months. Dear friends, thank you for your contributions, and do bear with me when I come back to you for your support a few months later.

In my conversations with friends over the last months, I have come to realise that many of you make contributions to many social causes. As a person working in the non-profit or the voluntary sector for over three decades, this makes me incredibly happy. Financial support from those who can give it, is extremely important for the social sector, now more than ever before. I feel proud that my friends are so generous.

I have learnt that while there are many causes that my friends have supported, some are more popular than others. It is not surprising that many have contributed to the PM Cares fund for responding to the Covid crisis, and to the CM Relief Fund for the Amphan cyclone a few months back. Others said that they had contributed to individual causes, mostly those requiring medical care. One organisation that came up in many conversations was a charity that distributed mid-day meals to school children.

Some friends regretted that they could not respond to my request as they had already committed their support to some other cause. Others felt that the charity sector was full of free-loaders and charlatans, and it was best to stick to better known quasi-religious entities whose motivations were above board.

With so many requests for support, how does one make choices?

The two sectors that we are all familiar with is the ‘government’ and the ‘private’. There is also a  third sector that is known by many names. Some call it the ‘non-profit’ others ‘non-Government’ still others call it the ‘voluntary’, ‘social’ or the ‘development’ sector. Some organisations are still called ‘charitable’ organisation.

Many years ago, when as a young doctor I started working in one of these organisations I was often asked how I managed to support myself. I had to clarify that I was given a salary. It was a modest salary, but I was not expected to be a volunteer. The ‘voluntary sector’ has been a career space me for over thirty years now. I was among the early entrants into this sector, but now it is more established.

The important questions that seem to hover in many people’s mind is what does this sector do, why do you need the money, and where does it get this money come from?

The ‘not-for-profit’ tax status is provided by the Government of India to private organisations which have a social, cultural, or religious purpose. Once registered with the tax authorities these organisations do not pay ‘income tax’ on any money that remains in their accounts at the end of the year after meeting all their expenses. They can pay salaries to meet their working expenses, but they are forbidden from paying out ‘dividends’ or ‘profits’ to any of their promoters. Many of these organisations can also provide an income tax rebate to their donors to encourage public donations for such social causes.

A non-profit organisation needs to raise money either through grants or donation. These donations are the life blood of voluntary organisations. So, all of us who believe that some social functions need to be fulfilled beyond what the government can or will do, we need to support these functions through our donations.

As I see it, the social functions of non-profit ‘development’ organisations can broadly be divided into two categories. The first is the social development function which means activities related to providing economic, educational or health related support to communities which are under privileged. Running educational institutions and arranging for medical care have also been traditionally supported through grants and donations. Over the years this means helping communities to organise self-help and micro-enterprise and more recently building skills for the evolving job-market. Campaigns against dowry, early marriage, empowerment of girls or domestic violence have also become popular social causes.

I will call the second category of work ‘citizenship’ development. Often it is called ‘rights awareness’. Some see this work as being ‘political’ but it is not to be confused with ‘party’ politics which it definitely is not. It is primarily related to the idea of all individuals being ‘equal citizens’ in a country like India where ‘equality’ is guaranteed by the constitution.

In an evolving democracy like ours this kind of social awareness is extremely important. Many of us who have been part of the social sector for years and have been witness to the continuing social deprivations even through the rapid economic growth in the country in recent years, feel that the ‘idea of equality’ needs to be promoted more vigorously. We Indians are proud of our economic development, but somehow the deep social divisions or gender, caste or religious majoritarianism does not bother us.

This brings me back to the discussion on social giving.

Increasingly all sources of funds for ‘citizenship education’ and ‘rights-awareness’ are shrinking in our country. CSR funds are not permitted to support such activities, foreign foundations are being forbidden because such work which is seen as political or against national security. Most corporate foundations support social development work focusing on health, education, hygiene, water and sanitation or for skill-building among youth. All of these are important functions but do not necessarily support the vision of a mature democracy.

The idea of independent India was built on the foundation of equality and this needs to be supported. The social-political domain (to differentiate it from the party-political domain) always depended on popular support. Everyone knows of the support that Gandhi received from the Birla or the Bajaj families. However, there were millions of others who supported the independence struggle through their donations – even through small contributions like rice, dal or cooking oil.

The imagination of India needs to be buttressed right now for many reasons. If you want to make a social contribution, there are many worthy causes around you. Please look further. There are many who need a little help from their friends.

Since so many of you my friends are already contributing to various social causes let me close with a few ‘tips’ on how one could make one’s contributions more ‘effective’. There are thousands if not lakhs of very well deserving causes both social-development and social-political in nature. Today social-political causes need support because the idea of constitutional equality needs nurture and it is starved of funds. Large and popular causes already have lots of support so it is better to provide support to smaller organisations who will value your contributions much more. It is a good idea to visit the ‘field’ and get acquainted with the work if there is an opportunity to do so. This allows the ‘giver’ to get directly connected to the ‘benefit’. Many smaller organisations now have started social media presence and provide regular updates.

Thank you for your valuable contributions to social change. Keep giving. We all need a little help from our friends.

Covid Lessons: A Time for Masculinities to Change

May 05, 2020
The two news items that caught the eye on the first day of colour-coded lockdown were about the long queues in front of liquor shop s across the country and that of an Instagram group of young boys. In some places the line was long and orderly, in others all caution and distancing was thrown into the winds as people jostled for space. There were ‘lathi-charges’ and there were record sales. State governments saw a quick opportunity to make up for their depleted tax collections by announcing tax hikes. The other news was less dramatic but more shocking. It was about an Instagram group of young high-school students called ‘ Bois LockerRoom ’. Adolescent boys from relatively well-off families in Delhi were using this social media group to discuss rape, gang-rape, girls’ bodies, and other sexually degrading topics. Young men keep coming back into the news cycle for different reasons. Violence is one of the most common reasons. There is news of different kinds of ‘hate-crimes’ based on
Read more

When the second phase of lockdown was relaxed early this month the number of infections spiked and on the 10 th of May the number of new infections exceeded 4000. Now that the 3 rd phase of lockdown is over and 4 th begins from the 18 th of May the infection rates in India have now exceeded that of China. While our eyes are glued to the Covid 19 related statistics and dashboards, we probably need a little more clarity about Covid and how to live with it otherwise we may be paralysed with uncertainty and fear a situation death like in Italy or Spain or UK where the death rates were very high not so long ago. Has Covid 19 Virus Contributed to Excess Mortality in India? The fear of death is a primal fear and Covid 19 has been compared to the deadly scourges like Black Death in the middle ages and the Spanish Flu in the early twentieth century. The Black Death or bubonic plague laid waste to Europe, killing a large proportion of the population in middle of the 14 th Century
Read more 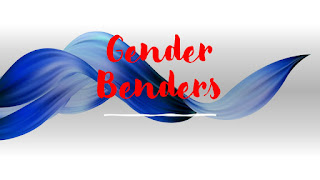 The s ocial media dominates our world as many of us stay indoors trying to keep safe and healthy. Staying at ho me has not been something that many of us are used to. It was not surprising that a discussion started in one of the groups I am in, on what work is appropriate for men and women, and whether it was good time to teach sons how to cook. There were many arguments both from the women and the men. Some argued that domestic chores were no longer chores with machines and automation, and how cooking was irrelevant in the times of home delivery and to know how to cook an omelette or make khichri was sufficient survival skill. Others argued that both boys and girls need to be involved in cooking and cleaning and that the lockdown was the best opportunity for developing these skills. As in many social media arguments it could not be settled. So here is a short quiz you may choose to take and check out where you stand in this matter.  GenderBender Quiz . How much did you score? I
Read more