After more than 30 years I spent 17th September or Biswakarma Puja in Kolkata. Ever since I came to Kolkata as a nine-year old this day has been a red-letter day for me. I had fallen in love with kites in Delhi but as a kid most of my efforts at that age nose-dived into the ground. In Kolkata I had first tried to fly kites from the balcony of our flat on the third floor. My mother worried that I would tip over gave me permission to go to the roof above the fourth floor, and it was like being in a child’s heaven. Getting the kite to soar up with the lightest lift or ‘dharai’ from my brother was easy. I learnt how to balance the two wings by adding a small twist paper to one or bending the bow stretched across so that the kite wouldn’t tilt and loop. The other important skill that I quickly picked up was to repair kites with paper and rice, since we were still novices and would damage many kites.  We had come to Kolkata in June, if I remember correctly and September came swiftly. I vivid
4 comments
Read more 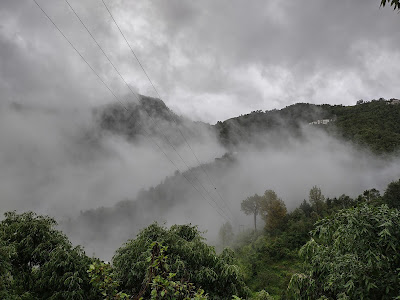 After twenty long years we spent the monsoon in the hills. In the last twenty years we have visited the Himalayas either to escape from the burning heat of the plains or to enjoy the view of the magnificent snow peaks. We had usually avoided the period between mid-June to early October and I remember one time when we managed to leave just before the flash floods and landslides hit the region. This time we were finally able to reach our home in Uttarakhand, after the lockdown after the second wave was relaxed, and it was already June. Technically monsoon was still some days away, but it started raining from the day we arrived. The area had been starved of rain for nine months, but the villagers felt this was untimely rain. The potato crop was nearly ready for harvest, and a few more days of sun would have been perfect for the potato to mature. It rained incessantly for about the week and fearing that the potato would start rotting in the fields the villagers started digging it up. Unfor
15 comments
Read more 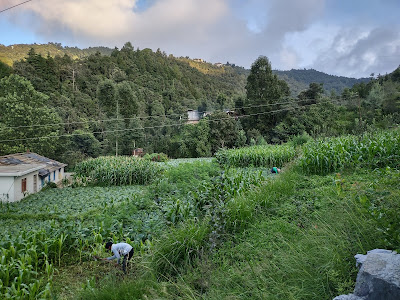 Yesterday evening I decided to take different route for my evening walk. I walked down a precipitous path deep into what is called a gadhera or gardh where a seasonal stream gurgles happily this time of the year. The landscape here is very different. Its quieter, the fields are broader and usually they are more lush because they are irrigated. I loved the multi-cropping on the fields. They were mostly filled with patta-gobhi ( cabbage) or maize. Some fields also had rajma or kidney beans and the local black soya bean which is known as bhat. There were some amaranth with their red flowing locks, vines of lauki (gourd) and kakri (cucumber) interspersed with some small stands of cannabis. A paste made of roasted cannabis seeds is used as a local spice or condiment. When we worked in these hills nearly 3 decades ago, we had also learnt that the cannabis stalks provided an excellent hemp like fibre as well. It was used to make ropes, sacking and also used it to make soles for their footwea
8 comments
Read more 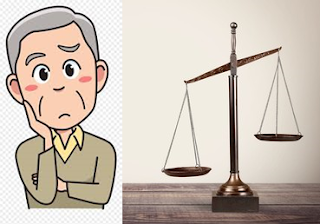 T he game of quotas has started once again in the Indian firmament. The government has introduced  a quota for Other Backward Caste (OBC) and Economic Weaker Sections (EWS) in the entrance examination to undergraduate and post graduate medical education. Its not surprising that this morning I received a meme which said ‘Now 27% OBC Quota in Medical. This is how we want to fight future viruses. By killing merit’. A couple of months ago the Supreme Court ruled that the reservation for Marathas introduced by the state of Maharashtra was unconstitutional as it breached the constitutional boundary of a maximum of 50% reservation what is part of Article 14 of the Constitution on the right to equality. Seventy years after the Constitution was framed, the push and pull of quotas or ‘reservation’ continues unabated. The framers of our Constitution had imagined that reservation would bring about equality in twenty-five years, but had they made a fatal miscalculation about Indian’s and their ac
1 comment
Read more 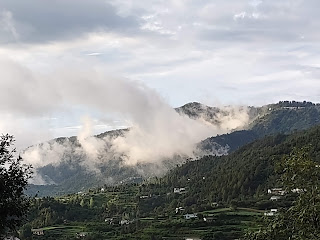 E very evening we go for a 4 km walk. It is not only our daily quota of 'wellbeing' but also our opportunity to see our neighbours and exchange a nod and the briefest pleasantries. This is much more than what happened in Delhi where we also took a morning constitutional since the lockdown started but passed our neighbours without any acknowledgement. One evening a month or so back we met a short elderly lady who had just climbed up the hill and had stopped to catch her breath. After the nod of greeting and exchange of 'namaskars', she asked who we were and we showed her our house. She was able to place us now and shared where her house was and who her son's were. And then she reached into her bag and have us two apples. Meetha hai she said and gathering her small jhola walked off purposefully in the opposite direction. Since then we have met her a few more times, and exchanged nods.  Last week I was a little late in getting out for evening walk, and met up with her
Post a Comment
Read more

The Dragon and the Elephant 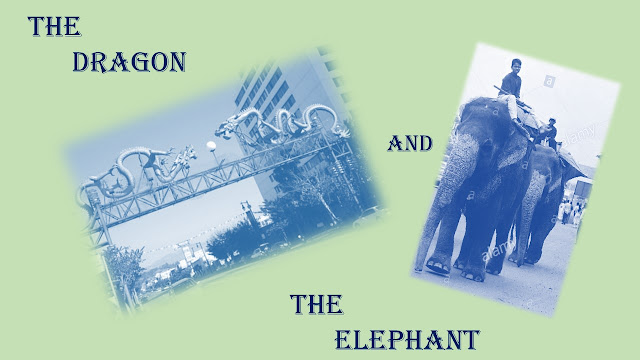 How many of us recall the significance of the 11 th of July? I am sure many do not. It was not many years ago that this day was celebrated with mini-marathons, speeches by Health Ministers and sometimes by Chief Ministers or even Prime Minister. This was one day I have been called for a TV panel discussion more than once. Having deftly put myself into the frame let me now take the cat out of the bag. Yes, for those who guessed correctly, 11 th of July is World Population Day. A day when doomsday predictions of how rapidly India’s population is growing is reinforced along with the seemingly inconsolable fact that the day is nigh when our population will storm past that of China.  It is another national obsession with the Chinese dragon that we simply cannot get out of our head. Most educated Indians seem convinced that China has got their ‘population’ problem sorted while we Indians got it all wrong. Many admire the ‘one-child policy’ that China adopted in the 1970’s and see that as s
4 comments
Read more 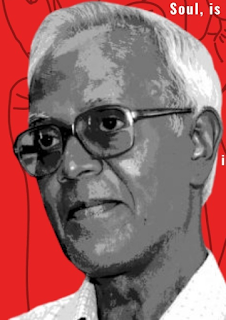 Who killed Father Stan, tell me if you can An old and frail man. Not I said the doctor, we did our best Gave all the drugs did all the tests. We did the best that we can We didn't kill Father Stan. He was old and he was frail. We spread the news even when in jail. The Media said we are in shock You just can't put us in the dock Not us, we don't make the rules, Activism - that's for fools! We follow orders from our boss Said the Policeman sounding cross Not I said the learned Judge From the law I do not budge. It’s the same for all in this land That has always been my stand Who killed Father Stan? I asked the man In his office in North Block Isn't it you who take stock? He thundered and he shook, Such questions I do not brook. We need a strong hand To run this holy land. He was in jail wasn't he? Must have done something don't you see? Do you really know this man Who you all call Father Stan? Coming out into the street. Sought out som
3 comments
Read more
More posts